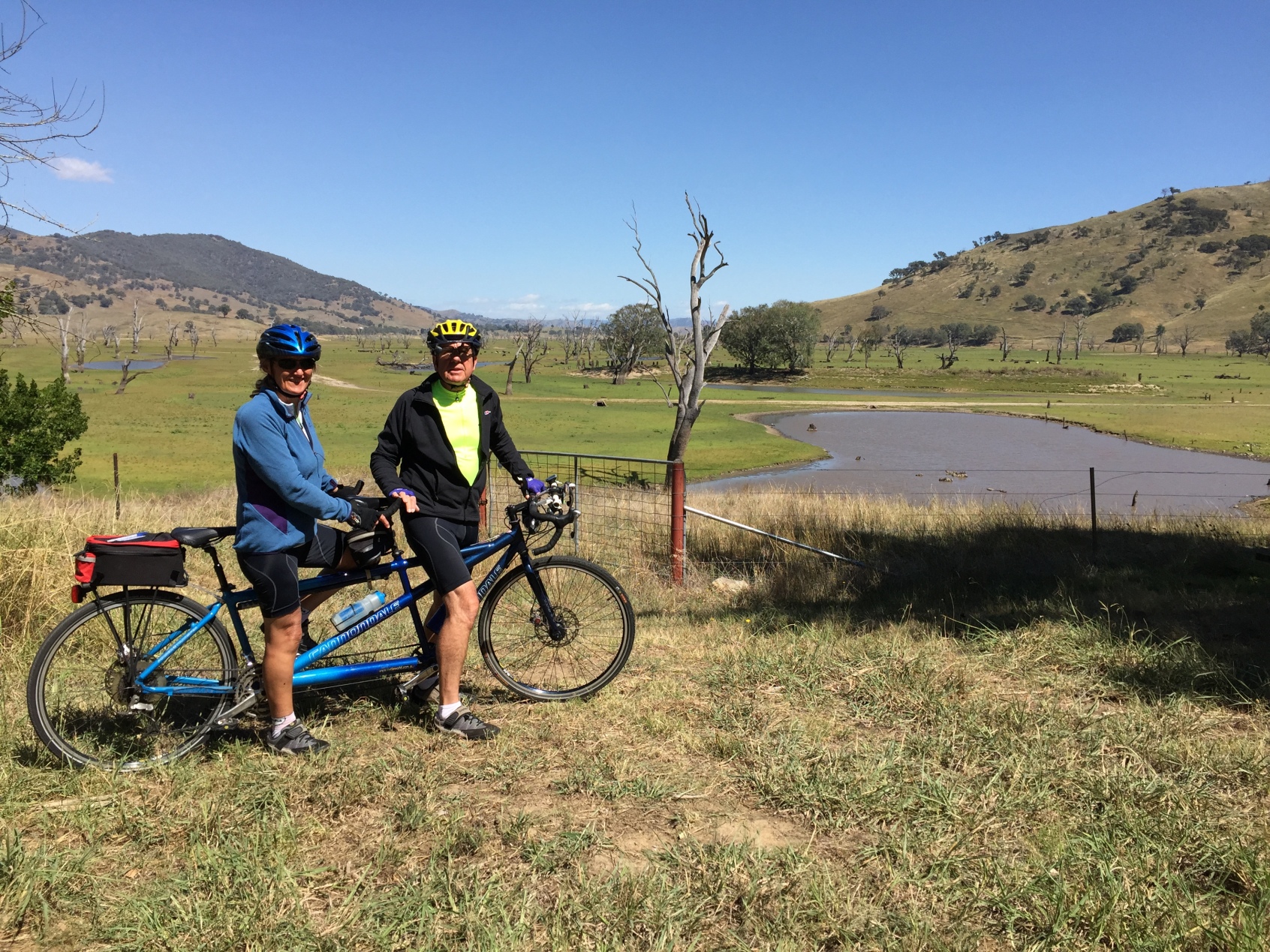 March 5 2015 was a cooler windy day.  Just perfect to cycle Victoria’s newest High Country Rail Trail. The section we rode was east from new Tallangatta to Old Tallangatta and Toorak. 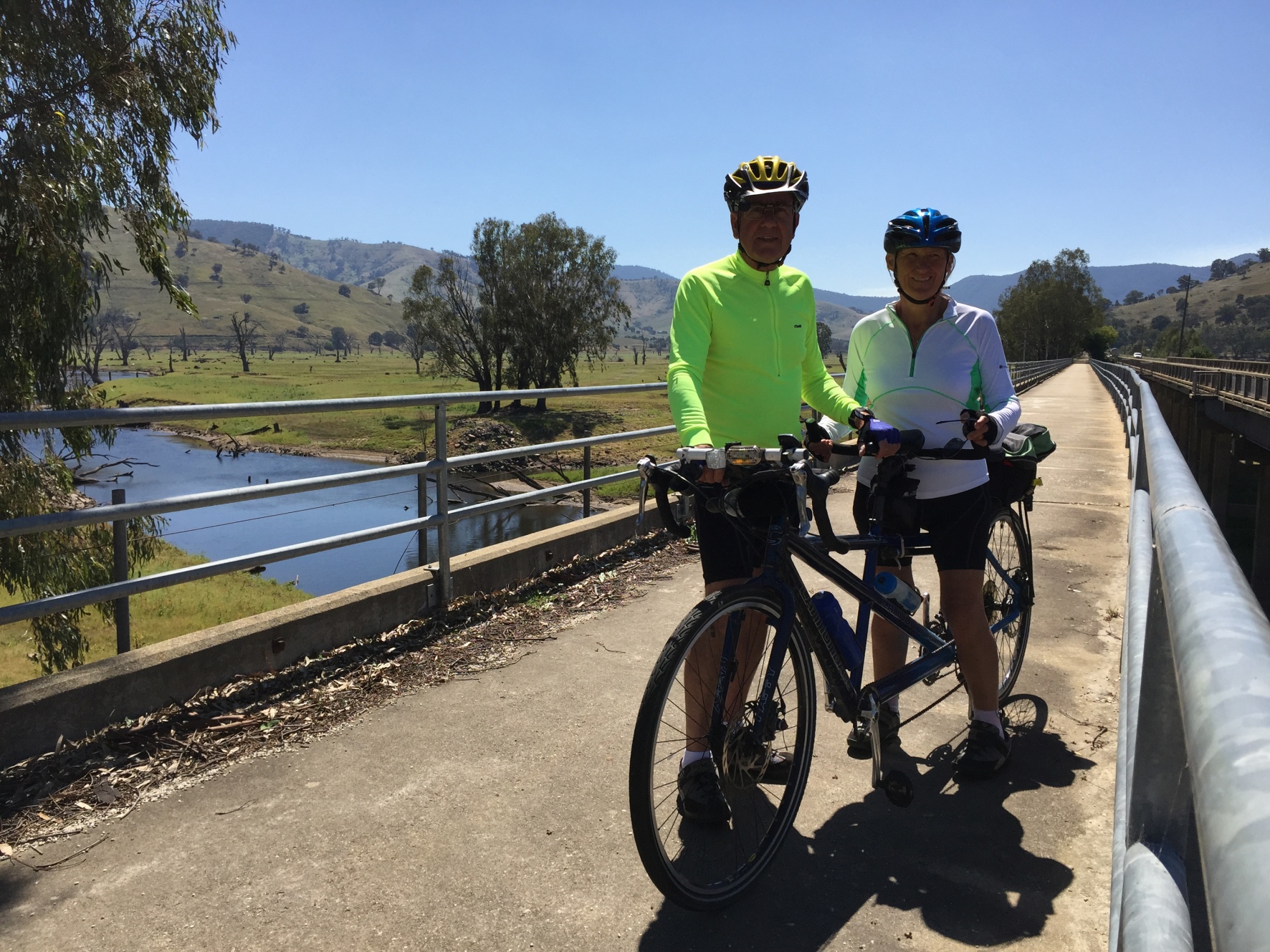 We retraced our path back west past Tallangatta and on to Ludlows Park and boat ramp.  This is halfway to Albury. The track was new gravel which is smoother and easier to ride.  This ride follows the Hume Lake.  There is a view of the lake from most of the ride.

Bronwyn and Roy at the southern end of the Sandy Creek rail bridge, Lake Hume.

A high point of the ride was crossing the new Sandy Creek Inlet Bridge.  The bridge was built in 2012.  It has undulating red poles along its 600m length which have been designed to replicate the trail of smoke left behind by the steam trains. Others say it reflects the rolling hills.

When we were at the Hume Lake the water level was 33% full. There were grassy fields where often the water covers.  The Old Tallangatta building foundations and roads were visible due to the low water level. Usually the lake is full after winter rains and snow melt. In 1956 Old Tallangatta was moved to a new site and the original town was flooded when the Hume Lake size was increased. The bike wheels crunched over the gravel kilometre after kilometre. Arriving back the trip meter indicated 58 km. No wonder our legs were tired and posteriors sore after bumping over the trails. http://highcountryrailtrail.org.au/enjoy-the-ride-2/wodonga-to-tallangatta/